Dan Acree has decades of experience in media, advertising and marketing. Throughout his career, he has garnered knowledge and expertise in a number of industries: commercial broadcasting, entertainment and corporate public relations, retail and B2B advertising; and in both the private and public sectors.

In 1966, at the age of 17, Dan was the youngest radio personality in Los Angeles. It was there that he developed his rich background in communicating with audiences. In the '80s, Dan would ultimately become one of the most respected marketing and promotion directors in the radio industry, working at top-rated KIIS-FM.

During his senior year in high school, Dan got his first professional radio gig as a DJ on Los Angeles’s leading country music radio station KFOX-AM. A protege of morning show host Dick Haynes, Dan was given a chance to work overnights. Unfortunately, the midnight to 6 AM shift coupled with his senior-year high school class schedule led to some difficulties. He struggled as a student of algebra, but embraced all that was radio.

Dan's lack of attention to his studies in high school sent him to Compton Junior College for a schedule of remedial classes. Once again, radio got in the way of an education. While at Compton Junior College he discovered an abandoned recording studio in the Music Department. It seemed like a perfect opportunity to start up a campus radio station. Another reason not to go to class.

High on the draft list of the Vietnam Era, it didn’t take long for Dan’s junior college grades to bottom out and his number to come up. In the U.S. Army, Dan eventually ended up assigned to the 2nd Armored Division at Fort Hood, Texas. When off-duty, he worked as a news reporter and DJ at local radio stations.

After his military service, he stayed in Central Texas for the next few years as a program director. Audiences were moving from AM to FM radio for music, and Dan was one of the first program directors in the region to program a Top 40 and Album-Oriented Rock music  format for FM.

As a news reporter, Dan did contract work as a stringer for ABC Radio News. On Christmas Eve 1972, Dan joined a handful of Texas-based reporters and troops from Ft. Hood, Texas, airlifted into Managua, Nicaragua after a massive earthquake devastated the capital city. In the background, a revolution was beginning that led to a coup. Dan’s reports were the first to be filed from the disaster zone to listeners worldwide. A subsequent one-hour documentary won that year’s award for Best Documentary from the Texas Association of Broadcasters. 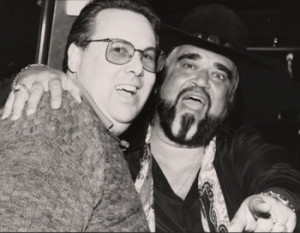 It was during his years in Texas radio that Dan was discovered by border radio legend Wolfman Jack. In 1979, Wolfman and his business partner and personal manager, Don Kelley, invited Dan to Hollywood to run marketing and promotion for radio syndication company Audio Stimulation.

Dan left Wolfman's company in 1980 to established his first independent public relations practice. Wolfman Jack was his first celebrity client. He spent the next nine years in the Hollywood entertainment industry, working with stars of television and music. 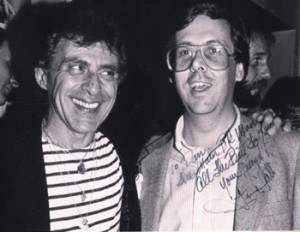 The Jersey Boy himself, Frankie Valli, one of Dan's top clients.

He also worked with the stars of top-ten TV series like CHiPs (NBC) and Three’s Company (ABC), The Young and the Restless (ABC), Live at the Improv, and comedy greenhouse The Groundlings, where he publicized up-and-coming stars like Paul Reubens (Pee Wee Herman), Phil Hartman, Edie McClurg, and Mary Kay Place.

While a senior publicist and account manager at Solters/Roskin/Friedman Public Relations, Dan supervised the backstage publicity for a number of major events, including The Grammy’s® in 1986 and the Miss Universe® (Panama), Miss USA® (Miami), and Miss Teen USA® (Daytona Beach, FL) pageants which were televised to a worldwide audience on CBS-TV.

After a brief hiatus, Dan returned to broadcasting in the early ’90s. As marketing director San Francisco’s heritage rock ‘n’ roll radio stations KSFO and KYA-FM he created and staged a salute to the 25th Anniversary of The Beatles Last Concert at the Hard Rock Cafe that was covered by the media worldwide. He commissioned a commemorative poster featuring the photographs of quintessential rock ‘n’ roll concert photographer, the late Jim Marshall. As a thank you to Dan, Marshall gifted him with four signed prints made from the historic 1966 event's original negatives.

In 1993, Dan moved back to Texas to found his first full-service advertising agency in Houston. Over the next few years, Acree Creative quickly became a well-known provider of high-quality graphic design for such companies as Compaq Computer, British Petroleum (BP), Mobil Oil, Shell Oil, as well as dozens of software and hardware companies and more than 35 banks and credit unions in major cities across the nation.

Surviving the recession in the oil industry, the sale of Compaq Computer (his biggest client) to HP, and the bursting of the technology bubble, Dan moved to the lake resort community of Denison, Texas on the Texas-Oklahoma border and started a new agency from scratch in 2000.

Within the first year, the new Acree Creative signed a leading independent banking group American Bank of Texas as a client. The advertising that Acree Creative produced for American Bank won Best Advertising awards from the Independent Bankers Association of Texas three years in a row, in the categories of print, radio, television, and outdoor. The agency represented dozens of clients locally and across the nation.

In 2001, Dan merged his clients with RadioVision, an advertising agency focused on retail automotive, where he project managed the introduction of GM's Hummer H2 for dealerships in Georgia and the Carolinas.

In 2006, what began as a one-off project for the Sherman, Texas Chamber of Commerce evolved into a periodical lifestyle publication—Texoma Living! Magazine. Dan published the award-winning regional magazine through October 2010.

In September 2012, Dan closed his agency and joined the management team at TAPS Public Transit, leading the marketing and communications department. During his nearly four years at TAPS, Dan re-branded the fleet and redefined the agency’s public relations mission and established a number of new communications devices, including a robust online presence that targets riders and members of the community at large through the Internet and social media.

In 2019, Dan began work on a new media project to create a 3-hour radio (podcast) program. With his experience in the music industry during the 80s, he had a natural draw to the music of that decade. Dan Acree's Weekend Rewind was launched in August 2020. The program ran for 56 weeks. Those episodes are available at Buzzsprout.com. Click the link to hear them. 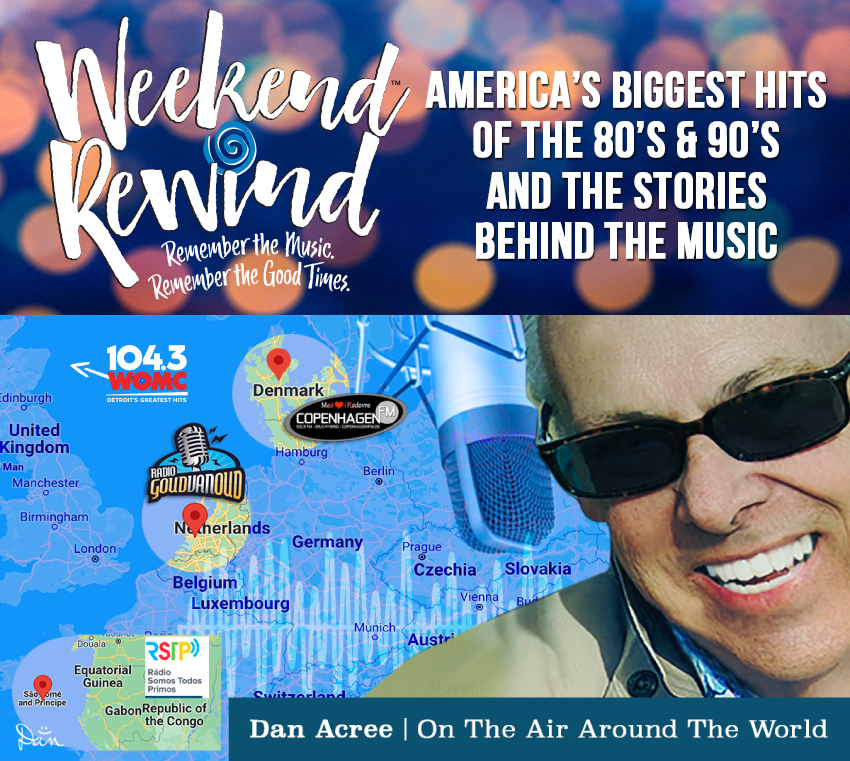 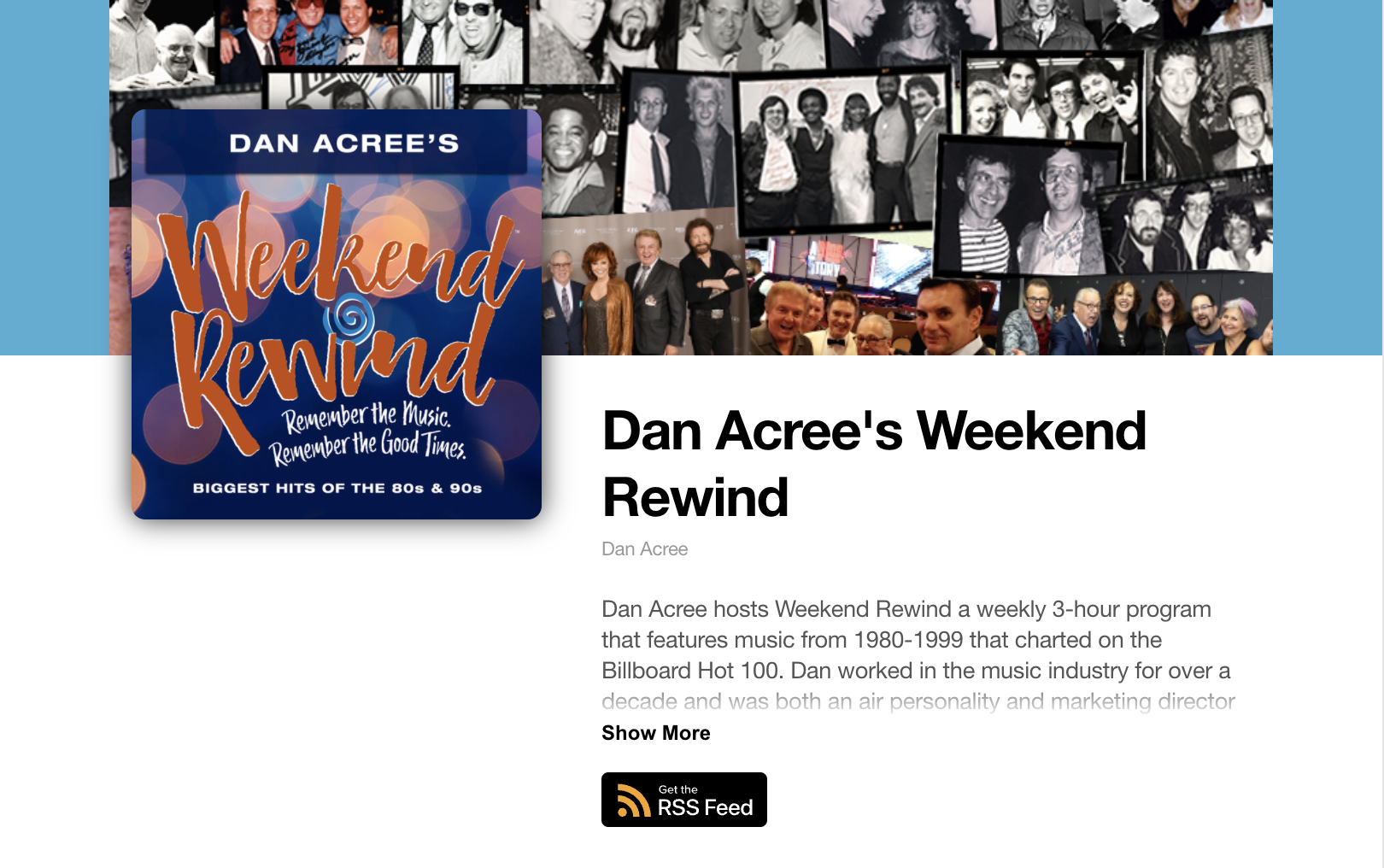